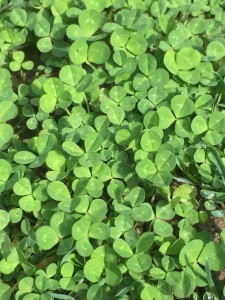 There are few holidays that spread national pride globally as much as St. Patrick’s Day. Around the globe, millions of people of Irish descent, and those who claim Ireland for one day, celebrate with parades, the wearing of green, and green beer. While March 17th celebrates St. Patrick, patron saint of Ireland, most of St. Paddy’s Day celebrations have no religious aspect, allowing people from all walks of life to take part.

In the United States, Irish ancestry is the second most common reported European ancestry. People with at least partial Irish ancestry could meet Ireland’s current population…seven times over. With all the Irish pride on display celebrating St. Paddy’s Day, there is some green being spent, too.

In 2015, thirty-seven million Americans celebrated St. Patrick’s Day at a bar or a restaurant. This provides incentive for bars and restaurants to provide green beer, Irish food, and other experience enhancers such as music and contests. And many restaurants are on board. During the week of the 17th, cabbage shipments increase 70%.

Americans don’t just celebrate in public, either. Last year, 24 million people attended private St. Patrick’s Day parties and nearly another 30 million decorated their homes with leprechauns, shamrocks, green, gold, and rainbows. The most festive age group for both publicly celebrating and decorating their homes is the 25-35 year old.If anyone decides not to have a party or decides not to go out, they can still send some cards. Hallmark carries around 100 different designs for St. Patrick’s Day.

So, if you are a business owner, it pays to provide for your customers during St. Patrick’s Day. You don’t even have to be in the restaurant business to benefit. You could advertise on and sponsor cabs or parades, you could hold contests for St. Paddy’s Day gear, or you could advertise special promotions. You could wait to catch a leprechaun and get his pot of gold, which is valued at a little more than a million dollars, assuming that a standard pot contains 100 coins according to US News.