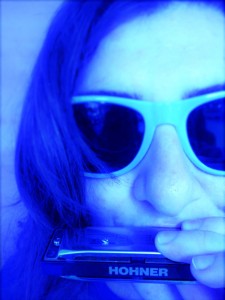 Summer is the time for swimsuits, vacations, and sunshine. Summer is also peak season for music and movie buffs to get their fill. During the summer season, films and music festivals draw in crowds and profits. There are a few reasons why summer is the season of entertainment.

Summer blockbusters are a cultural phenomenon. Studios compete for the movie that will bring in the most profit during the summer season. Why is summer such a prime time for film? There are a few reasons. First, kids and young adults are out of school and looking for fun activities. While the adults probably aren’t on vacation, the carefree attitude of summer paired with longer days is likely to convince them to see more movies. These factors contribute to larger audience numbers. Secondly, the movies are a comparatively cheap way to spend time as a family or with friends. Finally, summer movies are likely to be seen multiple times. Whether by choice or as an excuse for social time, more people are likely to view a movie multiple times in summer.

The content of summer blockbusters is also telling to their success. According to the Art Institutes, since 2010, one in three top summer movies have been based on comic books. This feeds into a larger trend. Summer blockbusters usually have two major elements, they have a happy ending, and they have fantastical elements brought to life by special effects. In the summer, viewers are looking for escapism and a positive outcome. Blockbusters fulfill that need.

For graphic designers, there is a lot of opportunity. If not working directly on the film, there are still posters, and merchandise that need to be designed. Imagine a toy aisle after a release of a superhero movie. Those licensed toys need designed and advertised. For graphic designers interested in film, there is a job market. Likewise, summer music festivals carry many jobs. There are band logos, band merchandise and posters, as well as festival logos, merchandise and posters.

Music festivals are big business, too. Bands can make more money on festivals than touring, and the U.S currently hosts around 800 festivals a year. 32 million people attend these festivals yearly, traveling an average of 903 miles. Millennials drive attendance of these festivals, due to their preference of experience over material goods. The festivals held are beneficial to the local economy, and they also help up and coming bands receive exposure they normally wouldn’t receive. Graphic designers interested in music have a great opportunity for jobs and new experiences by being hired on by a festival.

While summer is a time of fun, it can also be a great time for graphic designers to assess their talents and interests in order to pursue a career that is interesting, engaging and rewarding to them. And, for everyone else, summer is a time to enjoy the blockbusters and festivals.